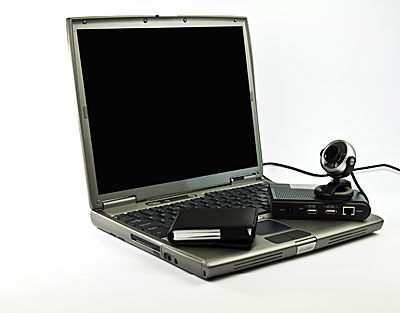 Laptop with webcam for recording video (Photo through license with Thinkstock) Laptop with webcam for recording video (Photo through license with Thinkstock)

The past few weeks at work I have been working on making videos and it hasn’t been an easy road. I have learned many things about basic video production, as well as some things about myself. Through the past few videos I have recognized three keys for myself in order to make each video a success. My three keys for video making are: be prepared, know your content, and have fun. Following those broad principles has allowed me to enjoy the process and to make videos that are personable and informative.

Being prepared is important, now I am generally a hyper-organized individual, but in this case I had some issues keeping myself organized. The first video I went to make I realized that my computer wasn’t picking up my microphone properly and I sounded faint and fuzzy – not good in a how to video. I forgot the mic, found the mic I wanted to use, but didn’t have the proper cord to make the microphone work this computer. After locating that cord, I realized that I didn’t have enough USB ports, so I could use the mic, the webcam, and the mouse, but not the headphones. After about 30 minutes of organizing materials, setting things up I was finally ready to go with the first in my series of videos.

I hit the record button, and – nothing – I had no idea what to say. I just sat there thinking, which isn’t going to make for great instruction. I deleted that video – although it may have been entertaining to those that know me, because for once I was literally speechless (and it was caught on film too!!). I realized that even though I knew the content, I didn’t know what to say about the content. I took out my pen (no whiteboard this time) a serious of post-its, and jotted down a few notes. Once I had those little reminders of what I wanted to say and what my key points were. I nailed it – I was so proud of myself – until I realized that I hadn’t cheeked the webcam setting and had recorded the whole thing at something like 120X 100 – so its really really small! Needless to say the video needed to be redone.

With my new notes and my webcam settings adjusted I was ready to go. I knew what I had to do, and how to do it, I knew the content, so time to record again. As I was recording I found that I hated the way I sounded, the way I looked or what I had said. I realized that the more I fixated on those things the worse my videos got. I just had to let go, not worry and record. The more I relaxed and tried to be myself, the better the videos became. Things seemed to come together better as well, the content became clearer, my directions became clearer and I finally had a video I was happy with.