I think that learning through play is very important for students. It motivates them to learn.

Like anything that is new, technology can be scary. I personally find some technology hard and it can be intimidating learning something new and changing our practice. I usually still write hand notes and love making things by hand. Last year I was very intimidated to make our e-portfolio, but after being educated about the program and some instruction on how to navigate the website, I actually really enjoyed making my Weebly. I have also really been into making iMovies with my video footage I have been taking on outdoor adventures. I think that once technology is introduced and properly explained then it is not as intimidating as we think.

I think there are many ways that we can incorporate technology in our classrooms but I think that taking baby steps will be important and start with easier ways.

Here are some ways we can implement technology in our classrooms (of course we have limited access to some devices):

This website was very informative on the ideas I have listed above. I would highly suggest checking it out if you’re interested in implementing fun new ways of technology in your classroom. 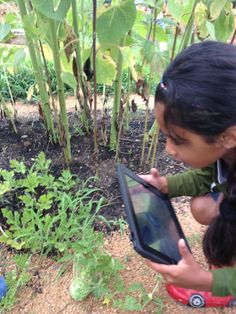 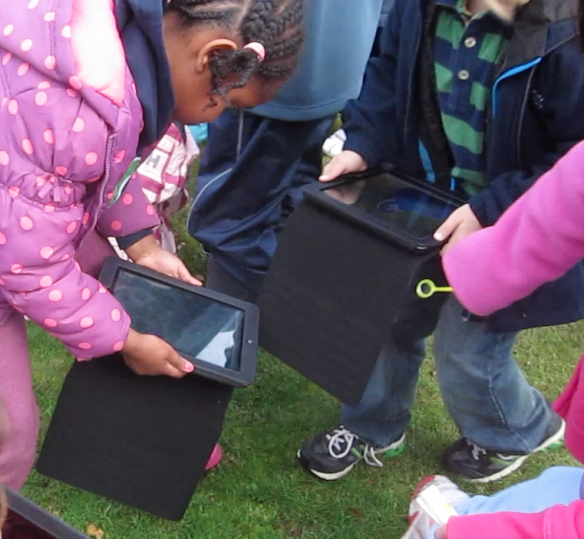 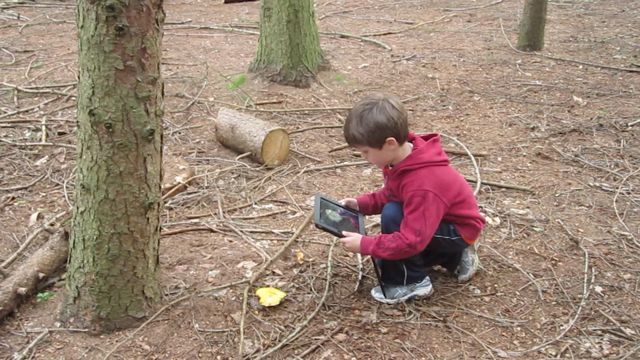 Firstly, technology speaks for itself because it is convenient. It all depends on perspective if we think it is good or bad. Sure there are some things that make people think that it is bad (ex. too much screen time, kids are on their phone too much, playing games). But on the flip side there are some positives as well (ex. sources of communication, differentiation for students, learning through games to spark the students interests).

We typically think of technology as cell phones, laptops, iPads, and that is where the “problem” is with too much screen time. If we think about it, we use technology more than we think because we are so used to it. (ex. computerized banking at the grocery store, the automatic doors to and from the store, central heating, power windows in our cars, coffee maker, etc.). The world is constantly changing and we are stepping towards technology more and more each day.

In outdoor education, we think that we are stepping outside and away from modern urban lifestyles and to connect with nature. In the article that I read they are comparing traditional and modern technologies in outdoor education. The traditional technologies refer to things made out of natural materials, where as modern technology is referred to something that is made synthetically.

It is said that “we tend to understand traditional technology for the outdoors as that which helps the user of the technology to establish a certain mind set or a state of being” (Cuthbertson. B et al, 135). this type of technology, these pieces of equipment are used to enjoy the free-nature and the simplicity of living.

On the other hand, modern technology is used to improve or reach a higher accomplishment where technology is needed. For example climbing ropes are used to help improve rock climbing and also is used for safety. These types of technologies have made it comfortable to be in the outdoors.

Now that we have touched on those modern and traditional technologies, I am now going to look into digital technologies in outdoor education. In a case study, there were studies done on 183 students through the ages of  7-14. They were tested on their feelings about technology in an environmental observation. The classes that were observed were taken outside to make observations about the nature. They were split into two groups. They were observing their surroundings, specifically leaves. One group was using technology, specifically digital microscopes, which enabled them to be able to see all the bumps, veins, and colours. The other group was using a hand lens. The next activity they did was a journal session. The students wrote down what they noticed about the leaves, they also drew pictures. After they had finished their journal writing the two groups switched the microscopes and magnifying glass.

In conclusion, the students that participated with the digital microscope felt more confident and had a positive attitude towards technology. It helped them better understand and observe the leaves.

I also found a really informative video from a group of educators in Australia. They have been incorporating technology into their outdoor education. They are contacted through classroom teachers, where they will then video conference the class to inform them with what they will be doing.

They used different sorts of technology for the students to deepen their learning:

They used iPads for a bunch of different activities.They used a program called Digital Woodlands where they take the iPads outside and take photos to be able to tell a story. The outdoor educator said that a walk that would usually take a class 10 minutes, takes them and hour and a half because the students are climbing, crawling, and trying to capture as many interesting things as they possibly can. This allows the students to be more observant. They get to be creative in nature, analyzing and observing. It gives them a great opportunity to wander and they are proud of their work that they have done with their digital story. The students also had been taught some photographing techniques before this activity.

iPads can also be used to make iMovies, which is easy on the iPad for children.

Another application is called “Explore Everything”. It is used for the students to look for evidence in their pictures that they have taken and make a voice recording to explain what they observed.

Math is another subject that can be explored outdoors. One class was measuring the height of trees. The students took videos of themselves explaining what they were doing and what methods they were using. They got to talk the way they wanted in their own words, which for students is important. The teachers also use these videos as a form of formative assessment.

The outdoor educators set up an eco-mystery, where the students had to investigate why a frog had died. They used data loggers to test the temperature and humidity and had to investigate the area to see if that would have been a reason for the death of the frog. The students continued with the data loggers and observed the land to see if certain species could survive there. They also used Wildlife cameras (hunting cameras) to try to capture pictures of different species in different areas. When they captured a picture of an animal, the outdoor educators had mentioned how excited the students were. They also set up and used GoPro’s in their teachings.

Another outdoor educator that worked with special needs students said that technology helped the students largely. She video conferenced with students to ensure them what they would be doing so they could have an idea and prepare themselves. She had also mentioned another student who was very terrified of birds, but when she showed a video to that student of the type of birds they would be interacting with, the student enjoyed the videos, so it helped that student prepare himself and get familiar.

I really enjoyed this video and found it informative. I would highly recommend watching it if you are interested in incorporating technology in outdoor education. One good point that the was brought up is that most kids already know how to use iPads from prior knowledge. I also understand that a school might be limited to the amount of technology that can be used. iPads have been common in schools and there were some great ideas on how to use them.

I think that students should be able to enjoy the outdoors without digital technology in “free time”. Of course each age group is going to be different with using technology outdoors. As the students get older there are ways that we can incorporate digital technology into outdoor education. I think that if a student was doing an inquiry project on something outdoors (ex. trees) I think it would be very neat for students to be able to take videos of different types of trees and incorporate those clips into a iMovie. It is another way to show their learning from the outdoors to indoors (of course for intermediate students). I think that there is something to be said about being able to enjoy the moment when outdoors, for example, when people are on vacation they want to enjoy the scenery without looking at it through their phone taking pictures and videos the whole time. I think that we need to give the students time to explore without technology but I think that it will be a very helpful tool to use.

This week I decided to look into assessment and communication to parents/guardians through technology. In my investigation I discovered something I had never heard of before, which is exciting for me. I think most of us have heard about Fresh Grade in our classrooms but I had never heard of Seesaw.

Fresh Grade and Seesaw are both FREE. They are forms of assessment and communication online. They are both informative and make it easy for students to share their work and make a personalized e-portfolio.

Seesaw is another form of communication and sharing students work through the internet. It has more features than Fresh Grade and it is easier to use for younger students. It is also easy for teachers to control who is seeing what and what is shared. It can be used through Chromebook, iOS, Android, and though the web.

Fresh Grades bonus is that it has an online grade tool. It can be used to formatively assess students and share with parents online. It is a little more complicated, but still has some features, just not as much as Seesaw. It can also only be used through iOS and through the web.

I am very excited to have learned more about these two applications and I look forward to implementing them in the classroom. I am very happy with the way communication and the sharing of students work is going. I think it is very important to be in touch with parents/guardians and to be able to share the students work with them. I think that adults have a huge influence on the children and if they are kept in the loop with the students schooling the better it will be.

Here is a link of a little youtube clip comparing and contrasting Seesaw and Fresh Grade.

Here is a link of a tutorial on how to use Fresh Grade.

Through my learnings about different technologies that can be used in the classroom, I have come across “Kahoot!”. I have heard about it from my peers and as a cohort we had used it once in our intro to technology. Personally I thought it was a fun way to be quizzed and that “gamifying” things in the classroom can have a positive impact on the students learning. Learning through play can be an awesome tool to draw in your learners and spark interests.

I found a easy and quick to the point video on youtube of how to set up a Kahoot! account and how to make a quiz. I am going to be posting my new learnings about how to use technology efficiently in the classroom.

I want to learn about

I look forward to the journey,

Welcome to VIUBlogs. This is your first post. Edit or delete it, then start blogging!