Opportunity to participate in the fifth and sixth collaborative field schools between the International Field Initiatives and Forensic Training (IFIFT) and the Guatemalan Forensic Anthropology Foundation (FAFG) in August 4-29, 2014, and November 3-28, 2014.

The link to the website for the field school is: www.ifift.org

Here you will find information on the logistics for this initiative, including the application,brochure, general manual of recommendations of your time in Guatemala, a photo gallery, comments from previous participants and a blog. Individuals who participate in these field school initiatives may have an opportunity to volunteer with the FAFG after the completion of the field school (for one to three months).

If you have any questions, or if you require additional information do not hesitate to contact Cristian.

To those interested below are some details of research opportunities for PrimatesPeru.  Click the link for some more specifics.

We offer a field course in both the early and late summer, as well as research assistantships in a variety of ongoing and long-term research programs, with opportunities to assist in writing publications with the Principal Investigators upon completion of the program. Topics range from studying animal behavior to their reproductive biology, predator-prey dynamics, and health.

Some opportunities begin in Summer 2014 (with fast-approaching deadlines), while others will run year-round (with rolling deadlines). There are programs that should be of interest to current undergraduate and graduate students, as well as seniors who are graduating this May and would like to get field experience in their gap year. Both the course and the research assistantships can be taken for credit from the student’s own university, in collaboration with us.

All of our programs are conducted at the Los Amigos Biological Field Station – a place of remarkable biodiversity and beauty in southeastern Peru.

The Human Evolutionary Studies Program have their annual Symposium “Heat and Human Evolution” coming up in a few weeks at SFU Burnaby. We would be really grateful if you would be able to circulate the attached poster amongst your colleagues and students, in case any of them are interested. A preliminary program will be online shortly at http://hesp.irmacs.sfu.ca/heat-and-human-evolution.
3rd HESP Symposium Letter size

From the New York Times: 24,000-Year-Old Body Is Kin to Both Europeans and American Indians 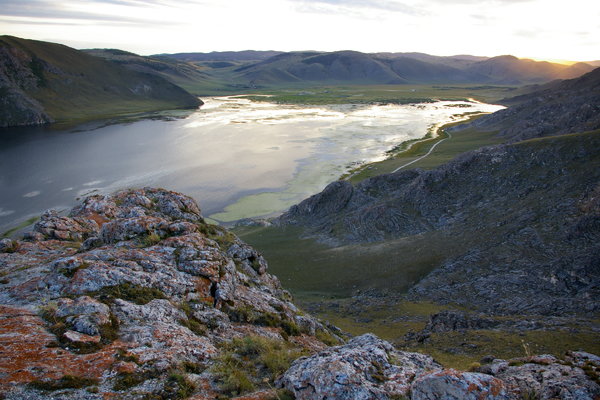 A view of Lake Baikal in eastern Siberia near where the young boy buried at Mal’ta was discovered.

As the 15th century ends, the southeastern European frontier collapses in front of the Ottoman Turks. As Europe redefines itself in the wake of the Ottoman invasion, the Carpathian frontier still holds fast against the Eastern invaders. With the collapse of the Kingdom of Hungary in 1526, its Transylvanian territories became a political battlefield between European and the Ottoman backed princes. The local populations lived under constant social, political, economic and religious stress. During the late Middle Ages, Transylvania goes through major political changes, and a spiritual crisis, under the pressure of Islam from the East and Protestantism from the West.

The aim of the osteology and bioarchaeology projects is to evaluate how major global political events impact physically the local Transylvanian populations. For that purpose, we will analyze the relatively very well preserved human remains from ca. 200 adults and 100 children from four different cemeteries from central Transylvania (Romania), dating from the 16-17th centuries. Students will be taught how to identify fragmented bones, determine age, sex, stature, identify pathologies, trauma and take standard measurements. At the same time, they will be introduced to various osteological conservation problems aiming at properly evaluate bone quality for DNA and isotope analysis.

Concurrently, our funerary excavation aims at understanding the evolution of the population within this space-time environment, the changes in the very local type of church architecture and burial patterns through time, and the variations on the Christian burial ritual during social, political and economic stress. Through a more thorough study of the cemeteries and their occupants, we will also explore the different processes that led to the penetration of Protestantism in the region and then its subsequent return to Catholicism. The further study of the human remains in our osteology laboratory will provide a more detailed view of the “lived” human aspects of these transitions and crises.

For student evaluations of the 2013 season, go to: http://archaeotek.org/student_project_evaluation

Forensic entomology is the study of insects, their life cycles, and their succession on decomposing bodies. Dr. Anderson will discuss how insects can be used to determine time since death and to pinpoint the location of wounds in human and animal crime scene investigations.

Gail Anderson, forensic entomologist extraordinaire, will be speaking at the Nanaimo Campus of Vancouver Island University, Tuesday, December 3. There will be two presentations: 1:30-3:00pm, and 3:00-4:30pm; both will be held in Building 356, Room 109.

Don’t miss this opportunity!  Free and open to all!

Two bioarchaeology field schools are being offered in Transylvania, Romania.

Migration, Health, and Lifestyle in the Kingdom of the Gepids (Transylvania)
For the 2014 field season, we will continue examining and analysing skeletal remains belonging to the Gepid culture, excavated from the Northeastern plains of Transylvania.  All analytical work will take place in the National History Museum of Transylvania (MNIT), located in Cluj-Napoca, Romania. If available, students will also have the opportunity to experience bioarchaeological fieldwork.

Jucu de Sus Barbarian Necropolis Excavations
The Jucu de Sus necropolis project is beginning in 2014 as a collaborative project between Transylvania Bioarchaeology and the Institutul de Arheologie și Istoria Artei din Cluj-Napoca. The aim of the 2014 field season is to excavate the skeletal remains and the associated material culture from the necropolis in order to further define the relationship between the necropolis and the surrounding settlements, as well as to attempt to understand the social customs, palaeodemography, origins, and health status of the population.

More info about these projects are available at http://www.transylvaniabioarchaeology.org/Projects.html

David will be speaking on the work that has been conducted on the archaeological site Kenan Tepe in Souteastern Turkey. In particular the talk will focus on the multiple burials uncovered over three time periods represented at the site. Burial practice patterns provides insight into how individuals and communities negotiated their relationships between the living and the dead. Several infant and adult burials from the multi-period mound site of Kenan Tepe were analysed to examine the variety of burial practices carried out and to address questions regarding the nature of the relationship between the Kenan Tepe residents and their dead. During the time of occupation at Kenan Tepe at least three different methods of interment were practiced, progressively indicating a shift towards a less intimate relationship with the dead.

Sitting at the crossroads between Europe and Asia, Transylvania (Romania) plays a fundamental role in the development of the European world. By its geographic location, it is situated on the main communication and technological axes in and out of Europe and, as a result, became a very dynamic zone of culture synthesis. At the same time, not only it has the largest salt concentration in Eastern and Southeastern Europe, but it also provides easy access to massive deposits of copper, tin, iron, gold and coal. Since the earliest moments of tribal and then state formation, Transylvania has been at the core of most power struggles in Eastern-Southeastern Europe. Our programs invite students and volunteers to explore, excavate and experience the genesis of European culture from the Iron Age to the Middle Ages. Our participants can register to more than one project to expand their horizons in field archaeology, funerary archaeology, bioarchaeology of children and osteology.

Description: Our research area is situated between the richest gold deposits in Europe, the Dacian Kingdom’s political and religious capital and its fortified satellites in the Carpathian Mountains, and Sarmizegetusa Ulpia Traiana, the Roman capital of the Dacian provinces and the first Roman city North of the Danube, southwestern Transylvania was a highly integrated military, political, and economic region. During the Roman colonial occupation, 102-271AD, our target area around Simeria and Rapolt shows a very dynamic and intensive synthesis of Roman provincial life, where a multitude of processes of colonization and creolization take place side by side. Our project seeks to explore and understand the integration of all these structural provincial elements along the main Roman axes of communication and transport. Our excavations will aim at evaluating the importance and impact of the proximity of the main axis of movement, communication and commerce on the Roman provincial rural life, and its evolution through time.

For more information on this program, see attached or visit www.archaeotek.org.

The 16th Field School in Mortuary Archaeology will be held in Drawsko, Poland, in summer 2014.

The post-medieval, skeletal cemetery at Drawsko, Poland (16-17 centuries AD) provides a unique opportunity for students to practice bioarchaeology by learning archaeological excavation techniques and working with human osteological material. To date more than 150 burials have been excavated, and the skeletal collection includes various evidence of traumatic injury, infectious, degenerative and genetic disease, nutritional deficiency, as well as atypical lesions that have yet to be identified.

At the site students are allowed to excavate burials by themselves getting hands-on experience. The professional supervision is provided by the international team of instructors from Adam Mickiewicz University, Poznan, Poland, State University of New York, Oneonta, USA, University of Manitoba, Canada and Slavia Foundation, Lednica, Poland. Excavated bones serve as reference material in osteology courses worth 6 academic credits (ECTS). The language of the Field School is English.

More info about this project can be obtained either at www.slavia.org or by contacting Dr. Marek Polcyn, Slavia Project Co-ordinator, directly.